Tell Our Team What You Want Gone!

When you turn to All American Hauling for junk removal, you will find a simple, honest, and professional process. Here is what you can expect: 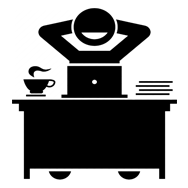 Next, a junk removal expert will answer your questions, offer a no-obligation estimate, and arrange an appointment that fits your schedule. When our team arrives, you simply show us the items that need to go.

Then we will remove all unwanted items, load them into our trucks, and dispose of them properly. 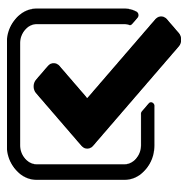 In the end, we know you will be glad you called on All American Hauling for junk removal in Moraga! It’s pretty clear that Moraga has plenty of nice-looking locales nearby. Unfortunately, you might have found yourself in a situation where there’s a lot of junk close to you, too. In fact, that could be the reason you’re reading this web page right now! So, are you looking for junk removal in Moraga? No matter the reason, and no matter the junk, we’re here to help. We are All American Hauling, and we’re the answer for your junk removal needs. Say goodbye to those numerous piles of junk and say hello to a professional team that takes your business seriously instead! We’re ready to save you the strain and trouble of doing junk removal in Moraga on your own. After all, your time is important, and we have the expertise to finish the job the way it should be done. That’s our guarantee to you! 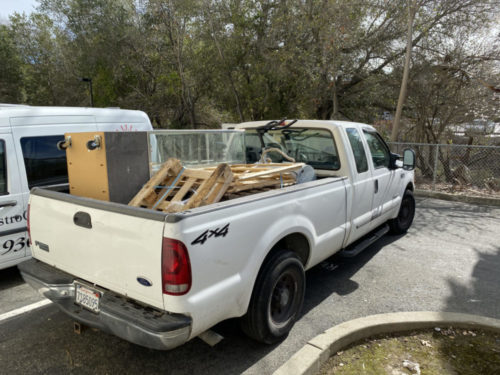 Did you know that Moraga used to be more than one city? That’s right—its neighbors, Rheem, Moraga Town, and Rheem Valley were all incorporated into Moraga many, many years ago. Even so, it’s still a smallish burg, home to just over 16,000 residents, lending it a charming and quaint feel. All the same, Moraga landed itself on a list of the nation’s hundred wealthiest places, proving that big things sometimes come in small packages. Did you know the city is also just a jaunt away from many different state parks and wilderness areas? What’s more, Oakland is only ten minutes away from Moraga, meaning that San Francisco isn’t that much farther!

5.0
Based on 33 reviews
Really efective. We reached All American hauling a couple of days before removing some walls in our workshop and they responded back imediatelly. They removed all our demo within an hour or so ( approx 45 yards), and they are very professional. I would definitely contact them in the future if I need to, and will definitely recommend them to anyone that needs their service

Dan radu
21:01 26 Sep 21
Phenomenal team and business! Nothing but polite on time and willing to help on short notice! 10/10 recommend!

Andrew Clark
22:08 22 Sep 21
Great Company, the owner was quick and responsive. pricing was fair and accurate. The crew that showed up was polite and professional.They left the area cleaner than before I made the mess.I have used them about 5 time now. They deserve 10 stars.

Felix Ortiz
01:31 11 Sep 21
Where do I start? When I was moving from my home in Pleasant Hill I looked for junk removal online and came across this company. I clicked on the website and was like, ok, this is good (I’m weird about websites) so I gave them a call. I think I asked how much is it to haul away some boxes and random junk. The owner told me to ask about the charge for cubic feet not totality of items and broke down what I should be asking for just to get the best pricing. I found that super upfront and appreciated it a lot.He gave me a couple of quotes for different size vehicles, and he was able to come out same day. Super nice guy, and we wound up chatting the entire time he was there.Fast forward to my new home and I had a boatload of items to get removed so, of course, I gave him a call. He was really busy but made time to come pick up the next day. Had to make two trips because the larger vehicles were being used but didn’t charge me more for the multiple trips. Just a super cool, honest and upfront guy. Would highly recommend to anyone thinking of using them in the future.

Dylan Smallwood
22:32 30 Jul 21
Couldn't have asked for a faster, easier process or a better value! I was even picky with my schedule and it wasn't a problem at all. I spent several days going back and forth with other companies trying to align on a price and time - I should have called All American Hauling from the start! Do yourself a favor and call now.

Laura Palmer
18:19 29 Jul 21
When our appointment with another hauling company canceled on us on the last day of our apartment lease, we had no idea how to get rid of our bed, a couch, and a handful of other large household items. We called a few hauling companies in the area, no one was available but one of the the companies recommended me to call Brian at All American Hauling. He and his crew were polite, professional and very fast. They came within an hour and moved out everything within 40 minutes. Thanks Brian!

Call 925-256-0187 or email bryanbell927@gmail.com for a free quote and a conversation with our junk hauling specialists.